A black glazed terracotta guttos on a small foot with a very wide and short body. On one side of the body, a long and thin spout extends upwards, finishing in an everted rim. On the side 90 degrees from this, a ring-handle sticks upwards. The surface of the vessel’s perimeter has a gently ribbed decoration, and the space on top of the body is slightly concave, with a central medallion depicting the forward-facing head of Zeus-Ammon, bearded and complete with his characteristic ram’s horns. The whole outer surface is glazed black, and is typical of a style employed in the Greek colonies of southern Italy.

The guttos was a vessel designed for refilling oil lamps, and often took on a decorative function. The cult of Zeus-Ammon was propogated by Alexander the Great (and later by the Ptolemies) after the Oracle of Ammon in the Siwa Oasis told him he was the son of Zeus. To the Ptolemies, this god was a useful syncretism between their Greek and Egyptian populations. His cult spread far beyond Egypt though, and he was typically protrayed with the Classicising features of Zeus and the Egyptianising ram’s horns of Amun. 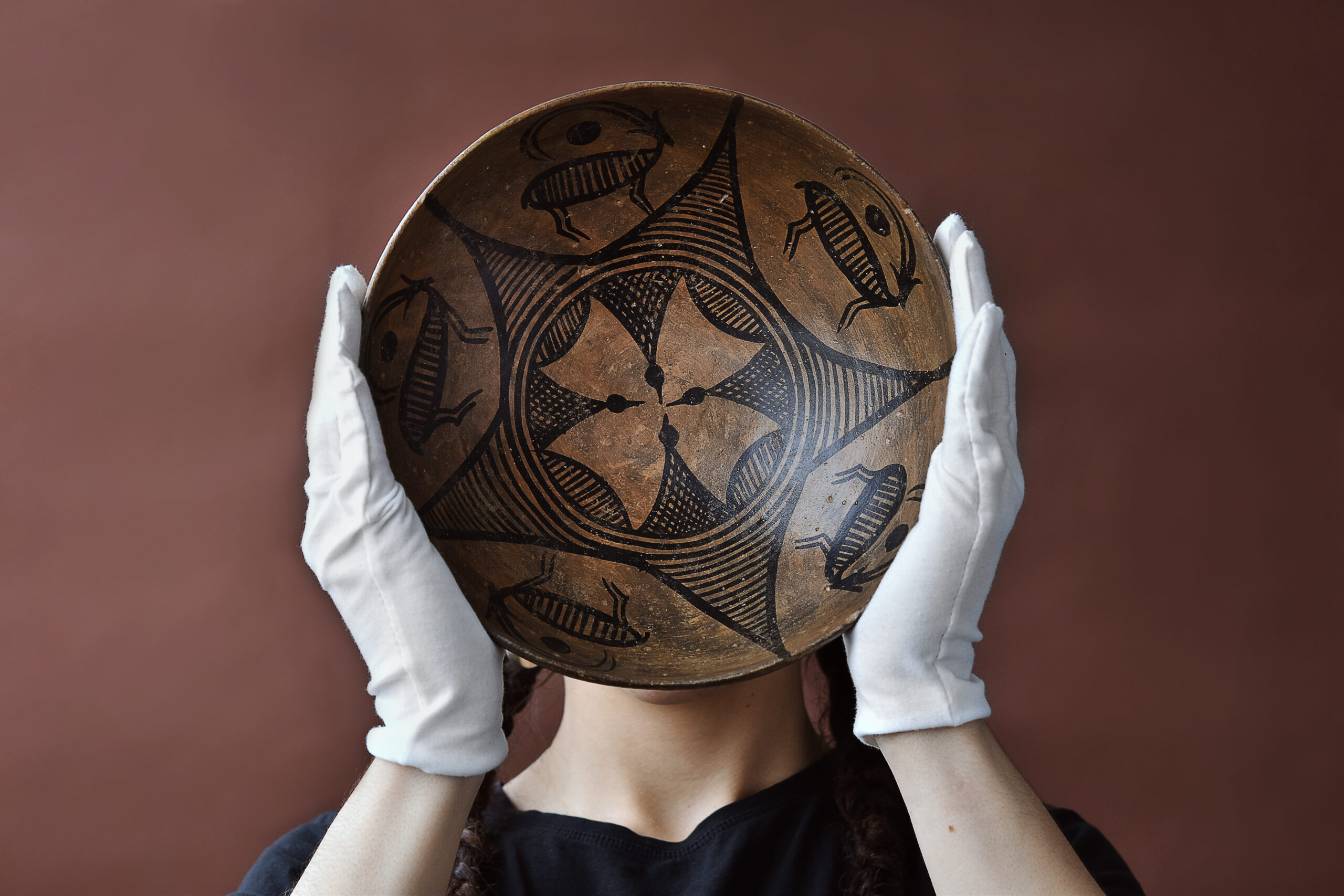